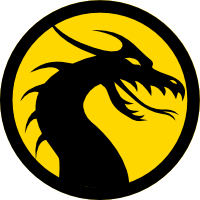 In the dark past a life form existed that has now passed into the realm of legend. Born of an egg, with serpentine or reptilian traits, the life form existed throughout many ages in time and in the myths of many cultures across the earth. They are the dragons.

Dragons, from the Latin draconem - meaning huge serpent - are supposedly mythological representations of huge firebreathing lizards or snakes. With large batlike wings and hard, armoured hides they live in underground lairs or caves, only emerging to wreak havoc on unsuspecting rival clans.

The legends speak of capturing princesses and destroying villages, of burning forests and consuming those who did not revere them or provide them treasure. The legends tell tales of heroic hunters, dragon hunters, who sought out the dragons and engaged them in epic battle to rid the earth of the foul creatures. The legends say that all dragons are now extinct - if they ever existed at all - other than in tall stories or tales long committed to the fantasy books of old.

The myths of the dragons are further from the truths you have been told, and closer to reality than you could ever suspect.

Dragons are known to exist. They are not legend. They are real. They live in the dragonZone.

You are going to feel sooooooooooooooo bad when that doesn't happen.
Top

April 1st ALWAYS happens - well it has every year at about that time for the last 50 years that I know of......
Top

How soon are we taking? ... dragons, not April.
Top 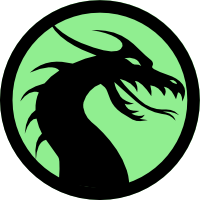 Dragons are fiercely territorial, and intensely loyal. They rule over areas of land, making life merry for those clans who control their treasures, and attacking all others who would try to gain control over their treasures. These territories are known as the dragonZones. Clans battle to control the treasures that exist in the dragonZones; for the more treasure that is controlled, the greater their control over the presiding dragon.

There are four rival clans battling for control of the dragonZones: Clan Griffin, Clan Phoenix, Clan Cerberus, and Clan Minotaur. Choose your clan wisely, for should the numbers in each clan become unbalanced, restoration of the balance may be undertaken by divine intervention.

Attacks by rival clans to control the treasure, and therefore the dragons, are frequent. Excursions into opposing clan territory happen every day, from dawn until dusk, and from sunset to sunrise, until a new clan controls enough treasure to control the dragonZone. Treasure can be created in a dragonZone and controlled by a clan, but unless the clan keep a watchful eye on the treasure and continue to control it, rival clans can take control of a single piece of treasure and move the allegiance of the dragon from one clan to another. Certain treasures can be moved from one dragonZone to another, but the cunning clan will only bring in those treasures which they control, as all allegiance to the treasure will be moved along with it. If you bring in a treasure which is controlled by another clan, you might find your dragonZone moving allegiance to a rival clan. Clans will strive to maintain or gain control of treasure that exists in a dragonZone to help sway the dragon to their own clan allegience.

are we going to have a REALLY long lead in to the Summer cache race this year?

I'm thinking it sounds a bit like Ingress from the little I know of it (being an iOs user it's not readily available).
Top 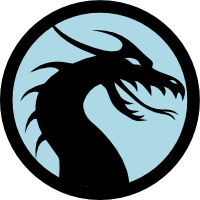 The more treasures and dragonZones controlled by your clan, the higher your prestige. Not all treasures are considered equal. The dragons are only interested in physical treasure. Virtual treasure is not considered worthy and does not contribute to dragonZone control.

Helping your clan to control a dragonZone is one thing. Helping yourself to a higher rank is another.

The more you battle, the faster your dragonZone points accumulate, but the greater the struggle to achieve new ranks. Finding a treasure automatically allocates dZPoints for your clan to that treasure. The clan with the highest dZPoints allocated to a treasure will control the treasure. The clan with the greatest number of controlled treasures will control the dragonZone. Each treasure can be controlled by multiple clans, and multiple clan control for a dragonZone is also permitted. Do you and your clan want to share the glory or retain it all? 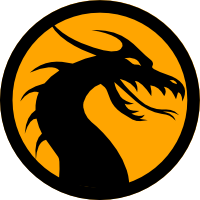 Join dragonZone at Geocaching Australia to enjoy the fun of geocaching at a new level.
Top

Where abouts do you join? Is there a link?
Top

Looks interesting, may join in. Where is the link?
Top

Doesn't matter found it. It says "signups are pending", what do we do to sign up?
Top

Signups are pending. I've put the code live but I need to do some post deployment testing before I let it live. Sorry for being such a big tease, but it's months of code work and I want to make sure I've got everything squared away. As it's a GCA only based game, maybe you can use the intervening time to plan for some GCA cache raids.
Top

Cant wait! Been looking for some motivation to get back out caching more after all this ikky work

Return to “dragonZone and Games”