by Lt. Sniper
Apart from probobly CraigRat does anyone else use a Linux distro for normal dekstop use?
by aussiecoder
I guess I should cast 1 yes vote and 1 no vote.

I sometimes use linux (both desktop and server) and sometimes use windows.
by Mind Socket
Surely that would be a yes, aussiecoder, based on the question? :p

I use desktop linux at home (ubuntu/debian), when my memory/hard disk/motherboard isn't crashing and burning, and at work on around 12 Linux servers (Red Hat). Add to that a telehoused Debian server in the US for my website/email/shell and just recently, working on geocaching.com.au. 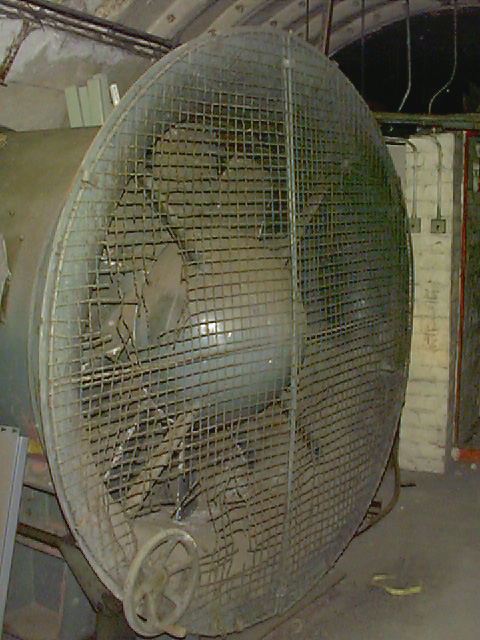 - Rog
by The Garner Family
That's the best cooling fan I've ever seen Rog. I'd hate to see the size of your heat sink.
by dcr
I run all sorts of Operating Systems ... some of them are LINUX.
I am a big fan of KNOPPIX as a desktop when I have the Cubs over for JOTI.
cheers Darren

by riblit
There are a couple of (Fedora) Linux servers in the 'other' room, along with a couple of Open BSD boxes that handle the firewalling etc. The Linux boxes have X-Windows but mostly I access them with SecureCRT from this windows box as the chair here is more comfortable.
by EcoTeam
After watching our senior software engineers at work, Linux gurus all, spending weeks on end and all of our teams R&D dollars, just to do the simplist trivial things with the likes of Mandrake and RedHat, and hoging our net bandwidth every day to download the latest urgently needed gazillion MB Linux installation or patch, I need convincing that the Penguin isn't one giant leap backwards 25 years in computing advancement. Everything with the penguin seems so hard, never works first go, and always needs fiddling with. A computer geeks dream no doubt. That novelty wore off for me about 15 years ago I'm afraid

I'd better run now before I get burned at the stake by the Penguin deciples!

by leek
What's Linux?
by EcoTeam

Classic quotes extracted:
"Linux will teach you more about computers than most college degrees."

I wrote my own operating system once too, and both the above comments held true way back then. Guess nothings changed!

Sorry... I was being facetious...
Of course I know what Linux is... I just can't imagine ever needing to use it...

EcoTeam wrote: I wrote my own operating system once too, and both the above comments held true way back then. Guess nothings changed!

Ok, I'll bite. I bet you haven't tried it for yourself lately. Stick knoppix or ubuntu in the drive and you'll be up and running in no time. The only thing linux lacks is native support for all the specialised windows apps out there. There are non-native and alternative options as well though.

- R
by dajjct
If it wasn't for that both my work and my wifes, and gsak, gartrip, etc all need MS software I would run Linux at home fulltime. Currently have dual boot system and linux for testing/file serving/internet sharing... at home, and manage about 6 linux servers at work in a windows/novell emvironment, some of which if it wasn't for the power failures (20 minutes yesterday) would have uptimes of years without patches/updates. It has come a long way in the 10 years since I started using it.
by The Garner Family

would have uptimes of years without patches/updates.

Doesn't matter what distro you were running... if you were running it for years without patches/updates then I'd say your machine was vulnerable. Using Linux doesn't mean you don't have to patch your O/S.
by aussiecoder

would have uptimes of years without patches/updates.

Doesn't matter what distro you were running... if you were running it for years without patches/updates then I'd say your machine was vulnerable. Using Linux doesn't mean you don't have to patch your O/S.

Not all linux (or unix) patches require a reboot. Most windows patches do. So linux boxes can be kept up to date (except for kernel updates) while maintaining high up times.

Also, if the machine is standalone (not on the internet) or well firewalled, then vulnerablity is a non issue - and this is true for windows (and macs and palm pilots, etc, etc).